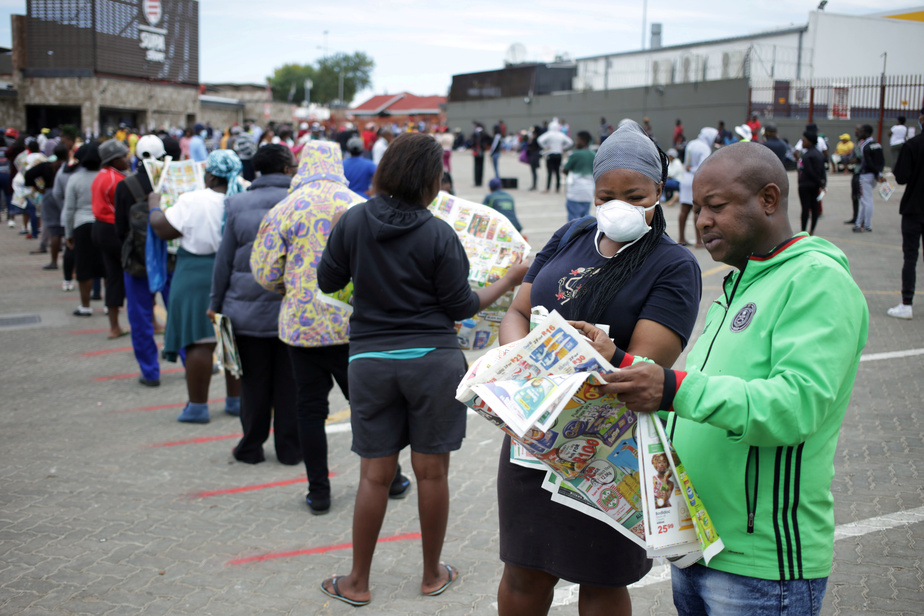 (Johannesburg) The Minister of Health estimates that around 12 million South Africans could have contracted the coronavirus, while statistics have been confirming a decline in the epidemic for several weeks.

However, the actual contamination numbers could be much larger when extrapolated from studies with antibodies.

“Updated models currently predict that a total of 12 million South Africans (detected and undetected) will likely be infected with the coronavirus, i.e. around 20% of the population,” Minister of Health Zweli Mkhize wrote in a statement Monday evening.

The country is conducting a study to determine the exact level of seroprevalence of coronavirus antibodies in 58 million people.

For the Minister of Health, the decline in the number of new infections seen in recent weeks “raises questions about the level of immunity that may already exist in the country”.

For Professor Shabir Madhi of the Witwatersrand University in Johannesburg, a specialist in the field, the infection rate in the most densely populated regions of the country could be as high as 35 to 40%, he said on Sunday. an online conference.

As of Monday, the number of new cases was only 956, the second time in less than a week that this number has fallen below the thousand mark.

The reinstatement of sanctions, a “false statement,” says Zarif

Thousands of anti-government protesters in Bangkok

Hurricane Sally and its floods are sweeping the southeastern United States

US elections | Patagonia calls for votes against climate skeptics