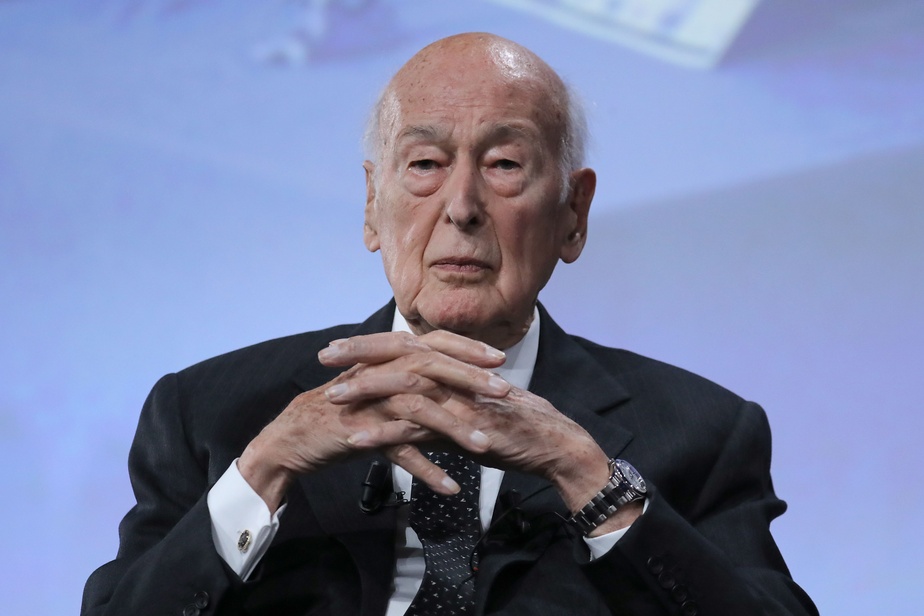 (Paris) Former President of the Republic, Valéry Giscard d’Estaing (94), was hospitalized at the Georges Pompidou hospital in Paris on Monday afternoon, as we learned from his entourage.

The former head of state (1974-1981) would be in an intensive care unit for respiratory problems, according to Le Parisien, but the former president’s entourage was unable to confirm this information.

Samu picked him up after a weekend in his country residence in Authon in Loir-et-Cher at his Parisian house around 3:00 p.m., according to another source in his entourage.

His wife Anne-Aymone accompanied him to the hospital before returning to his home.

His son Louis, who was contacted by AFP Monday afternoon, said he had “no comment to make on his father’s health.”

“He’s of a certain age and sometimes more or less in good shape. By the way, it’s the interpretation, ”added Louis Giscard d’Estaing.

He had stated that he saw his father on Sunday and that there was “no problem at the moment”.

Mr Giscard d’Estaing, who celebrated his 94th birthday on February 2nd, was admitted to the cardiology hospital in Pompidou in the 15th arrondissement of Paris a few years ago in order to place endoprostheses. we have stated in his wake.

Valéry Giscard d’Estaing, the youngest President of the Fifth Republic when he was elected in 1974, made one of his last public appearances on September 30, 2019 at the funeral of another President of the Republic, Jacques Chirac, in Paris, from 1974 to 1976 Was prime minister.

In May, he was also discussed, after a complaint from a German journalist had been investigated into sexual assault. The latter accused him of touching her buttocks during an interview more than a year ago.

The former president must be heard by investigators in the coming weeks.

Valéry Giscard d’Estaing was only 48 years old when he joined the Élysée in 1974, beat François Mitterrand on the wire and so in a France that buried the Trente-Glorieuses and digested them in May 68, the first became a non-Gaullist, around the To seize Élysée.

He wanted to be the incarnation of a triumphant modernity that resulted from the liberal center-right and Christian Democrat who built post-war Europe.

The polytechnician and enarque from a large bourgeois family, “VGE”, entered the government in 1959 and multiplied the ministerial posts in economics and finance in the 1960s and 1970s.

On May 10, 1981, he could not be re-elected against François Mitterrand.

As a staunch European, he took over the helm of the Convention for Europe in 2001, which was responsible for drafting a European constitution that was rejected by referendum.

A brilliant economist and author of several books, he was elected to the Académie française in 2003.

Hurricane Sally and its floods are sweeping the southeastern United States