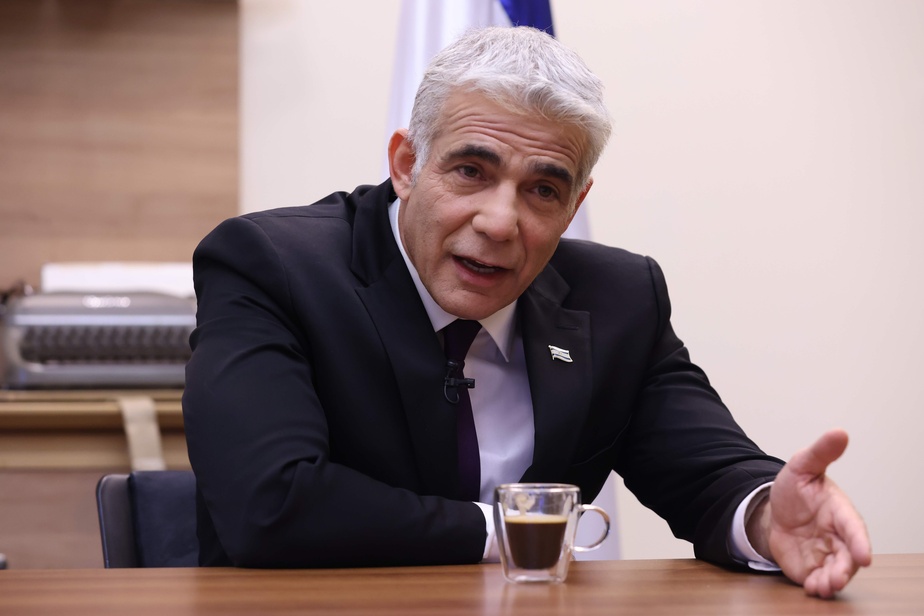 (Jerusalem) Israel “must” negotiate peace with the Palestinians, but Benjamin Netanyahu “has no intention” to do so, opposition leader Yair Lapid said in an interview with AFP, accusing the government of “utterly failing” the pandemic.

Like the rest of the political class, Lapid welcomes the normalization of relations between Israel and the United Arab Emirates and Bahrain, due to be signed in Washington on Tuesday, but believes that the Jewish state must begin talks with the Palestinians at the same time.

“But the Palestinians must also understand that they can no longer […] Wait for the Arab world and the international community to do the job for them […] You have to be proactive and stop playing the eternal sacrifices, ”he says.

The Israeli-Palestinian peace talks have stalled since 2014. The Palestinians, who insist in particular on a state with East Jerusalem as its capital, refuse to continue discussions on the basis of the American plan, which is considered favorable to Israel, which provides for the annexation of Jewish settlements in occupied Palestinian territory and the creation of a reduced Palestinian one State.

“Palestinians are not going to get 100% of what they want […]but they have to go back to the negotiating table and we have to do the same, ”added the centrist leader of the Yesh Atid Telem formation.

“I’ll say it bluntly: we must go forward and discuss with the Palestinians on the basis of the two-state solution […] However, this government has no intention of negotiating with the Palestinians, as this poses a political threat to Netanyahu and because of his legal problems (he is charged with corruption, editor’s note) he needs his electoral base, which is opposed to any agreement ”with the Palestinians.

“You made a mistake and now you know. I told them, “I’ve worked with Netanyahu and he won’t let you ‘keep your hands on the wheel,” “said this ex-finance minister from Mr. Netanyahu.

An example ? “He negotiated agreements […] with the Emirates and Bahrain without telling them, ”said Lapid, a former TV star journalist whose protruding jaw, square shoulders and gray hair make him look like George Clooney when he drinks his espresso suit.

However, the Netanyahu government, with its 36 ministers, is a “bureaucratic monster” that the coronavirus could not manage. She supports Mr. Lapid in his office, which is adorned with photos of him with Emmanuel Macron, Boris Johnson, Angela Merkel and Joe Biden. Ex-Republican tenor John McCain. But not Donald Trump …

As the first champion in the fight against the coronavirus, Israel has seen the number of contaminations explode in recent weeks. This prompted the government to restore a general three-week lockdown.

“It is an aggressive move that is destroying the economy and is not useful in stopping the epidemic. The only reason the government has put a restraint is because it is completely lost […]that he didn’t manage the coronavirus at all, ”accused Mr Lapid.

Tens of thousands of Israelis have taken to the streets in recent weeks to demand the Prime Minister’s departure over his corruption process and dealing with the pandemic.

They innervate the land on Saturday evening in Jerusalem in front of Benyamin Netanyahu’s official residence and on bridges in a number of cities. Yair Lapid has so far avoided meetings in Jerusalem, but has visited the bridges.

Benyamin Netanyahu’s popularity has declined since those protests, but his party, Likud, remains at the top of the polls. Yaïr Lapid’s troops appear in third place.

“That’s not enough, I need to be able to have a clear message to take advantage of the demonstrations,” he admits, arguing that Benyamin Netanyahu has never won an election with red economic indicators. which is currently the case.

iOS 14, a small “revolution”, is brewing around Internet browsers

“Alarming” level of transmission in Europe