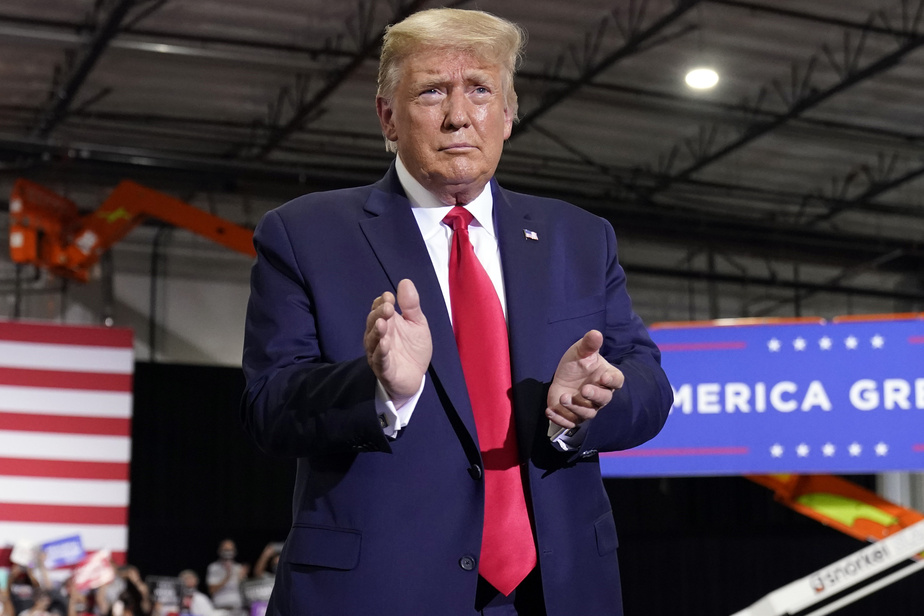 Unfortunately, your browser does not support videos

(Washington) US President Donald Trump admitted in a recording released on Monday that he got along better with “tough and bad” foreign leaders.

These confidentialities, recorded by investigative journalist Bob Woodward, were broadcast on NBC on the eve of the publication of the book “Rage,” a chronicle of his presidency based on 18 interviews between the two men.

In this excerpt, Donald Trump discusses his ties to Turkish President Recep Tayyip Erdogan, who silenced the press and imprisoned tens of thousands of opponents after an attempted coup in 2016.

“I get on very well with Erdogan, even though I shouldn’t because everyone says what a terrible guy,” he confides in this January 22nd recording before expanding his point of view. to all of his foreign colleagues.

“I can tell you that the tougher and meaner you are, the better we get along,” he says. “You will explain that to me one day, okay?” »He asks his interlocutor. “Perhaps the easiest are the ones I like the least or those I don’t get along with well. “”

The US President has also met three times with North Korean President Kim Jong-un and regularly praises her good understanding. He even says that they “fell in love”.

Conversely, relations with the leaders of the allied countries, especially with Chancellor Angela Merkel, are more than lukewarm.

Donald Trump made other embarrassing confessions during his talks with Bob Woodward, known to have exposed the Watergate scandal that led to the resignation of President Richard Nixon in 1974. In a first recording released last week, he particularly acknowledges that he knowingly concealed the severity of the novel coronavirus pandemic.

19 | Trump promises vaccine “for all Americans” by April