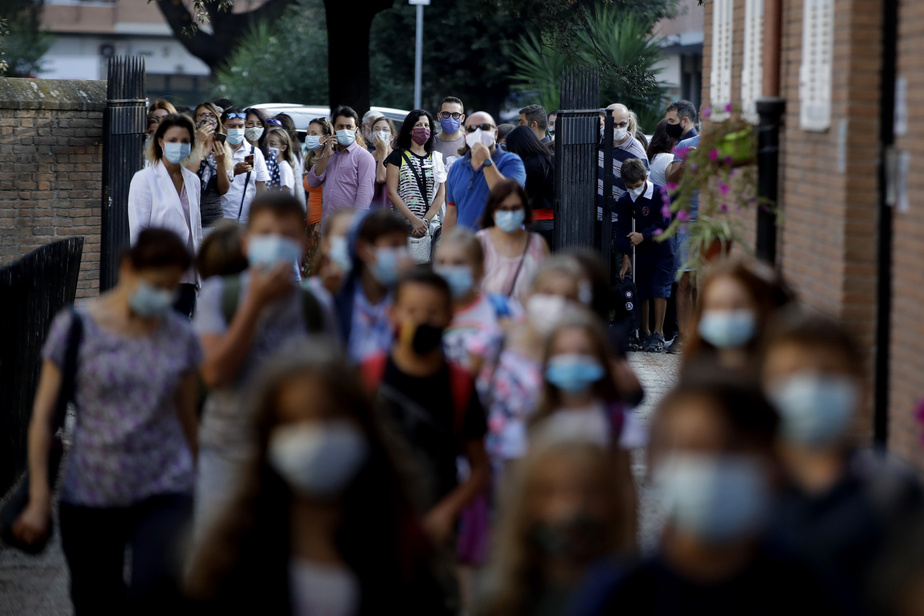 (Geneva) Europe enters a pivotal moment in the fight against COVID-19 with the start of the school year and the arrival of autumn, the World Health Organization warned.

It is time to stop “chimera hunting” and make tough decisions to protect the most vulnerable and keep young people in school, even if it means accepting inevitable sacrifices, the WHO Emergency Situations Director said Michael Ryan.

“Europe is entering a season when people are starting to return indoors. The pressure of infection will increase, ”said Ryan during a virtual press conference.

Compromises must be made to keep both the younger and the elderly in social life, he said. “The only option for adults is to keep enough distance to encourage a reduction in contagion.”

“Which is more important: the return of our children to class or the opening of nightclubs and bars? “He started.

According to the WHO, people under the age of 20 are responsible for less than 10% of cases and less than 0.2% of deaths. Schools should only be closed “as a last resort” in areas with very high levels of coronavirus transmission, said the organization’s director general, Tedros Adhanom Ghebreyesus.

In Greece, the authorities are facing a resounding fiasco: At the beginning of the school year, hundreds of thousands of masks were distributed to all schools in the country … but most were far too large to be worn.

On Monday, when the masks for the first day of school were delivered, students flooded social networks with photos showing faces completely covered by these “parachute masks”.

The novel coronavirus pandemic has killed at least 929,391 people worldwide since the WHO office in China reported the outbreak of the disease in late December. This comes from a report compiled from sources by AFP on the official Tuesday at 7 a.m.

The United States is the hardest hit country by the pandemic, with nearly 196,000 deaths, ahead of Brazil, which regrets more than 133,000 deaths.

The consequences are dire for the world economy and especially for the tourism sector, which lost $ 460 billion in the first half of the year. This was announced by the World Tourism Organization on Tuesday, which is forecasting a 70% drop in demand by 2020.

In the United States, scientific experts have denounced the “unprecedented” pressure that President Donald Trump put on major American public health institutions during his election campaign.

For months, incidents have been on the rise within the U.S. Food and Drug Administration (FDA) and the Centers for Disease Prevention and Control (CDC), the frontline federal agency responding to the COVID pandemic. 19, two organizations that Donald Trump’s lieutenants see as breeding grounds for opposition to the president’s desire to revive the economy.

High-ranking scientists from the CDC, who regularly inform the press, were silenced after the alarm of the coronavirus. The CDC guidelines were changed this summer, apparently under pressure from the White House, to stop recommending testing asymptomatic people and to encourage schools to reopen, as Donald Trump called for.

“It is unprecedented that the political power in the US intervenes in the scientific operations of these agencies,” condemned AFP William Schaffner, member of the editorial board of the MMWR and professor at Vanderbilt University.

Sally pushes the alligators into the street