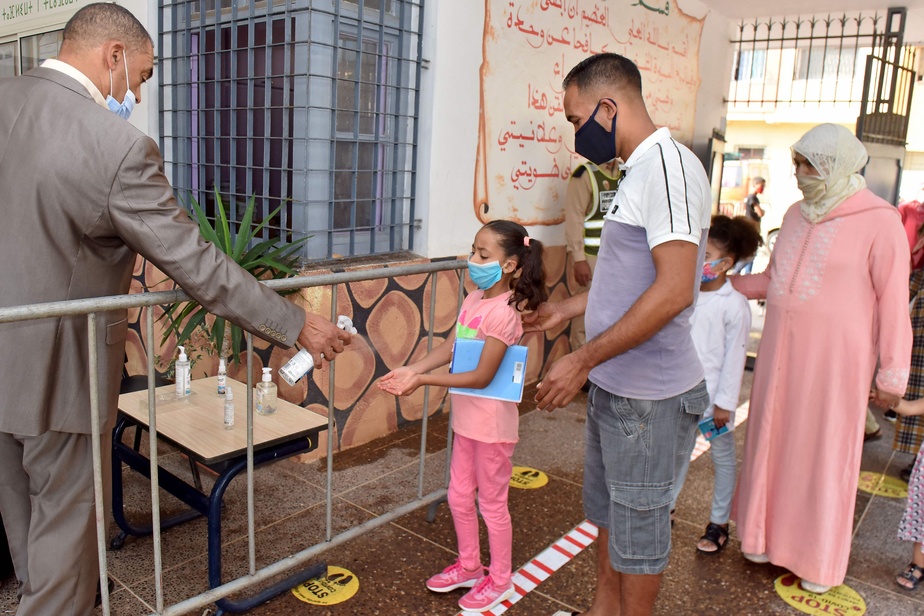 (Rabat) According to AFP from the Ministry of Education, a total of 2,250 schools in Morocco are currently closed due to the still existing risk of contamination with the new corona virus.

“We are currently around 950,000 students,” whose schools are closed, out of around 7 million who should return to school in September, the ministry spokeswoman told AFP.

In the past few days, more than 2,000 new cases of infection have been detected in Morocco every day. A total of 90,324 people were infected, including 1,648 deaths on Wednesday evening.

In accordance with the extensive powers given to the Ministry of the Interior under the state, various emergency measures have been taken in the country (tightening police checks, curfews, restrictions on movement, etc.). Health emergency.

Distance learning was therefore “classified in closed rooms or as epidemic centers” in all institutions and introduced for all children from infected families.

The French high school in Casablanca (nearly 4,000 students) has canceled its personal re-entry due to restrictions in the economic capital, while that of Rabat (around 2,500 students) closed earlier this week after several cases of contagion were discovered. said Olivier Brochet, director of the Agency for French Education Abroad, during a re-entry point in Paris.

With the chaos sparked in late July by the announcement of strict travel restrictions to several cities on the eve of a major religious holiday, and in early September with the surprise closure of schools in Casablanca on the eve of the start of the school year, the local press and social networks reported ” Fed up with Moroccans “in the face of” hasty, incomprehensible and sometimes contradicting decisions “.

Many are also concerned about the risk of students from disadvantaged backgrounds dropping out of their studies. This emerges from a recent study by Human Rights Watch that distance learning “exacerbated pre-existing inequalities”.

While the start of the academic year has been postponed to mid-October, the border closure is stifling the university sector, where the number of overseas students rose from 3,289 in 2010 to 7,941 in 2019, mostly from sub-Saharan Africa and the local press.

The US military is stepping up its operations in Syria

Account security for American politicians and journalists has been strengthened

Biden plays with anti-Trump empathy and anger and finds voters

Trump and Biden campaign in Minnesota