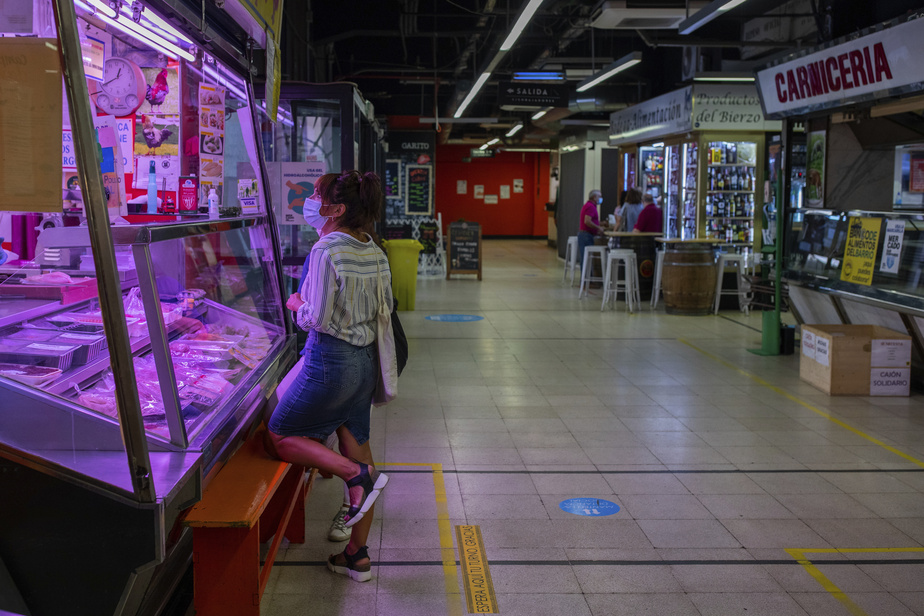 (Madrid) The Madrid region, the epicenter of the recovery of the COVID-19 epidemic in Spain, announced on Wednesday that it has areas of the city or region with the greatest increase in cases of COVID-19.

Antonio Zapatero, number two of Madrid’s regional health authorities, spoke to the press about a “health zone restriction” – on which every patient in their district or city depends – “with the greatest incidence” of new cases relative to their population.

These “restrictions on the level of meeting people and also mobility” will be announced “by the end of the week,” he added.

“The highest incidence is currently still in the south of Madrid,” added Zapatero.

Several low-income neighborhoods in the south of the Spanish capital and in the surrounding cities have seen a number of cases exceeding 700 per 100,000 inhabitants in the past two weeks. The Puente de Vallecas district in Madrid even exceeds 1000.

For comparison, the national incidence, which is already among the highest in Europe, is 280 per 100,000 inhabitants, compared to just over 160 in France.

Residents of the hardest-hit areas in the south of the region have been asked since August to leave their homes only for first-time necessities, which has not prevented the epidemic from progressing steadily. galloping.

In the Madrid region, 21% of hospital beds are already occupied by patients with COVID-19, more than double the national average of 8.5%.

Crysis Remastered, a “Can Crysis Run” mode to challenge even the most powerful gaming PCs