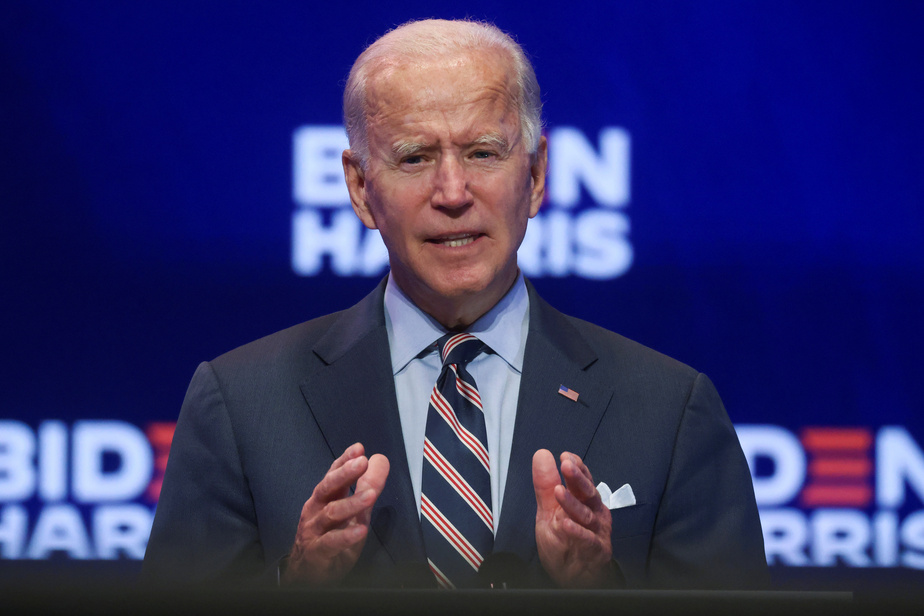 (Wilmington and Washington) Joe Biden attacked his opponent Donald Trump head-on on the COVID-19 issue on Wednesday, questioning his credibility with the 200,000 dead mark.

The management of the new coronavirus pandemic since the beginning of 2020 “completely disqualifies” the Republican billionaire for the second term for which he will run on November 3rd, said the former Vice President of Barack Obama during a speech on Wednesday afternoon at his house in Wilmington, Delaware.

“A president’s first responsibility is to protect the American people, and he doesn’t,” he said, making the pandemic the most tragic symbol of what he believes is the president’s incompetence. to rule.

On Tuesday night, Donald Trump tried again to reassure the population during a television show by claiming that the coronavirus would eventually go away over time – while nearly a thousand Americans are still dying from the virus every day that the official toll in the coming days 200,000 dead is itself underestimated.

“Everything will be fine, it will disappear. And that will go away even faster with vaccines, ”said the former businessman on ABC.

He then referred to the building of collective immunity, that is, the natural contamination of a sufficiently high proportion of the population to stop the virus from spreading, a level achieved in return for a series of proportional deaths.

But he apparently misunderstood the word as he said “herd mentality” instead of “herd immunity”.

“No Trust in Trump”

“Trump confirmed again tonight that, after worsening the worst health crisis in 100 years for eight months, he not only has no plan but also understands nothing,” said Joe Biden spokesman Kate Bedingfield.

Even so, the vaccine race is moving fast in the US. Two candidates (Pfizer and Moderna) are close to recruiting 30,000 participants for their clinical trials against placebo.

“We’re a few weeks away from one,” Donald Trump repeated on Tuesday, without indicating whether he was talking about the availability of results or official approval. “It could be three or four weeks.”

“I trust vaccines, I trust scientists, but I don’t trust Donald Trump. And right now the Americans can’t be confident either, ”Joe Biden replied on Wednesday.

Even if the clinical trials were completed prior to the November 3 election, which officials and experts believe are unlikely, dose distribution will initially be “very limited” and reserved for certain priority populations, possibly by November or December, the center’s director said for Disease Prevention and Control (CDC), Robert Redfield, told Congress on Wednesday.

“If you ask me when the rest of Americans can benefit from the vaccine to get back to normal life, I don’t think until the second or third quarter of 2021,” he predicted.

The logistical preparations have already started. An official from Operation Warp Speed, who coordinates the government’s overall vaccination strategy, announced Wednesday that the goal would be to distribute the first vaccine doses within 24 hours of a possible emergency clearance from the Medicines Agency (FDA).

It is the integrity of this regulatory process that is now dubious, despite the FDA and laboratories pledges to adhere to customary standards and only approve a vaccine if testing proves it, reducing the incidence of COVID-19 by at least 50%.

Peter Lurie, a former senior FDA official, tells AFP that it is not uncommon for phase 3 trials of drugs or vaccines to fail in a few hundred participants despite positive results in earlier phases. This was the case with an experimental herpes vaccine.

Could the White House step in as early as October to approve a vaccine, despite objections from FDA experts?

“If the health department wanted to override it, it has power,” says Peter Lurie.

This was done on extremely rare occasions in the agency’s history, particularly in 2011 when the Barack Obama administration decided not to follow an FDA advice in favor of the pill. The next day is available without a prescription.

20% of South Africans may already be infected

The Sinai wins back its camel races

Donald Trump will not attend the UN General Assembly

In Lesbos, the majority of asylum seekers settled in the new camp