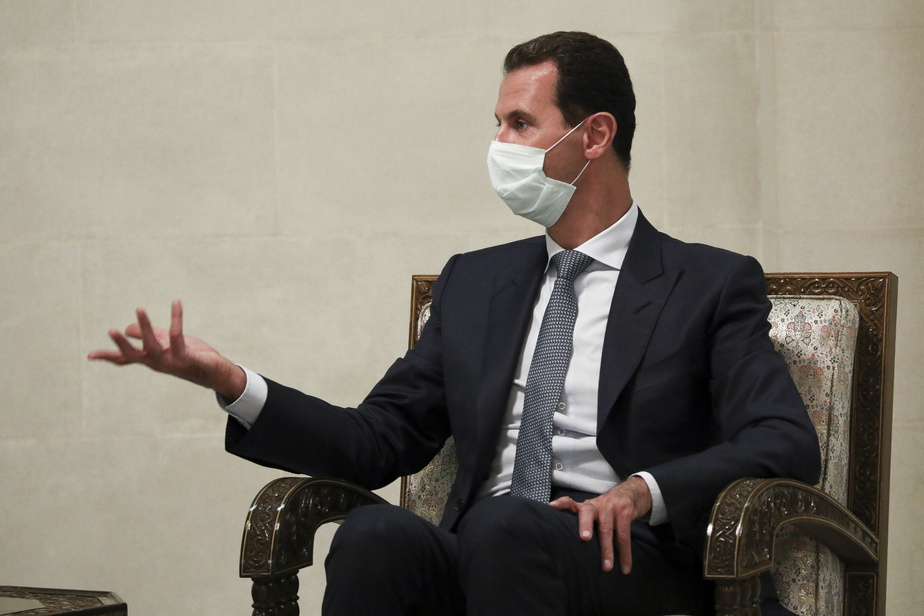 (Damascus) Syria on Wednesday blasted US President Donald Trump, who said he was considering “eliminating” Syrian head of state Bashar al-Assad, calling the United States a “rogue and outlaw state,” »according to the official news agency Sana.

Mr Trump said Tuesday that he was considering “eliminating” Mr Assad in 2017, but then Pentagon chief Jim Mattis was against it.

“The statements of the head of the American government […] Clearly show the level […] reckless political practices “of the United States,” said the State Department, quoted by Sana.

“Mr Trump’s confession confirms that the US government is a rogue and outlaw state that uses the same methods as terrorist organizations of murder and liquidation,” the department added.

On Tuesday, Mr. Trump said on Fox News that he “would have preferred to eliminate Mr. Assad” and assured that after a chemical attack attributed to Syrian power in April 2017, he “made sure that it was planned “.

“Mattis didn’t want to do it. Mattis was a grossly overrated general and I broke up with him, ”he added.

On the contrary, in September 2018, the American president said he had never spoken to the head of the Pentagon about the possible assassination of President Assad.

The conflict in Syria was sparked by crackdown on pro-democracy protests and has grown in complexity over the years, involving a variety of foreign powers and armed groups. It has left more than 380,000 dead and millions displaced.

Thanks to military support from Moscow and Tehran, its unwavering allies, Syrian power now controls more than two-thirds of the country after having multiplied victories against rebels and jihadists.

Donald Trump bombed a Syrian military base in April 2017 in response to a regime-blamed saring gas attack that killed more than 80 civilians in Khan Cheikhoun, northwest.

Biden plays with anti-Trump empathy and anger and finds voters

Trump and Biden campaign in Minnesota

The ex-FARC leader admits to “hate” what his organization was

Hurricane Sally on its way to the southeastern United States