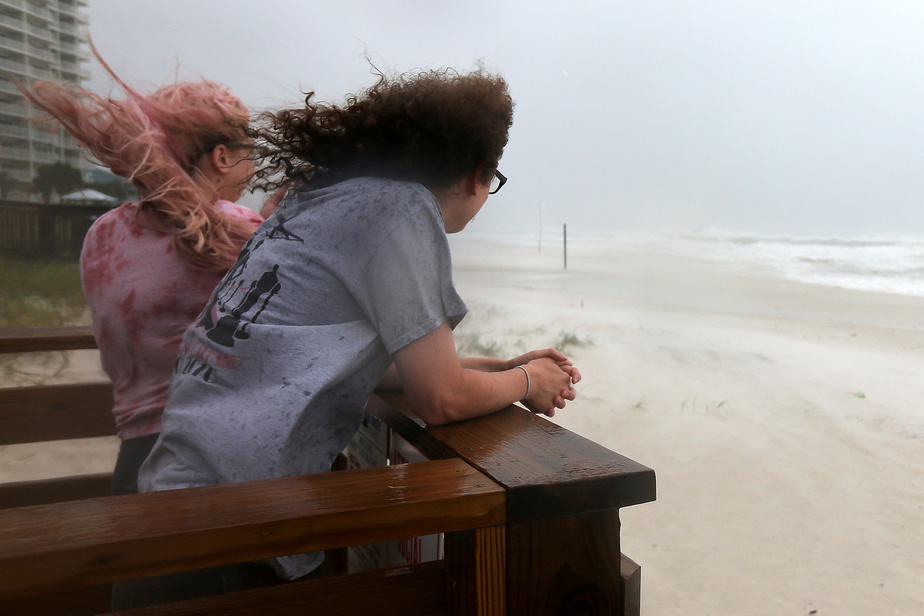 (Pascagoula) Submerged roads, high winds and power outages: The state of Alabama and northwest Florida were swept away by Category 2 rain from Hurricane Sally on Wednesday, causing “catastrophic flooding”. “.

The storm carries gusts of up to 155 km / h and moves slowly (only 6 km / h), which means that it will continuously rain over the same areas for an extended period of time, amplifying the rising water.

Early in the morning, the streets of the city of Pensacola and its 50,000 residents in far northwest Florida were turned into streams after numerous videos posted on social networks.

About 40 miles away, in Alabama, other pictures showed the marina in the coastal town of Orange Beach being cleaned up with pleasure boats being blown in the wind to the docks amidst rubble.

Authorities in Baldwin County, where Orange Beach is located, warned Wednesday morning of an “extremely dangerous situation” and advised people who could seek refuge in the flooded areas not to move.

The hurricane caused “severe flooding” and “severe and widespread damage,” they said on Twitter.

On the coasts of these two southeastern US states, precipitation of 20 to 30 cm is expected, which will cause rivers to overflow, the NHC warned.

The hurricane also caused “significant damage” in the city of Mobile, reported Alabama Power, whose 150,000+ customers were without power.

In total, more than 270,000 households ran out of electricity in this state and 230,000 in Florida on Wednesday morning, according to the poweroutage.com website.

Sally will travel through southeast Alabama and northwest Florida until Thursday morning before arriving in central Georgia on Thursday afternoon, the center said. national hurricane.

The storm is expected to weaken during the day and night as it progresses inland.

President Donald Trump had urged residents of Alabama and the states of Louisiana and Mississippi to be extremely cautious about this “extremely dangerous” climate episode, but assured himself that they were “under control”.

Paulette, René, Teddy and Vicky: With Sally, no fewer than five storms broke out simultaneously across the Atlantic at the beginning of September, a record since 1971.

This year there have been so many tropical storms in that ocean that the UN that names them is on the verge of running out of names for the second time in history.

The US weather services had predicted that the hurricane season in the Atlantic, which runs from June 1 to November 30, would be extremely “active” with seven to eleven hurricanes.

19 | The British government is contracting, pubs are under curfew