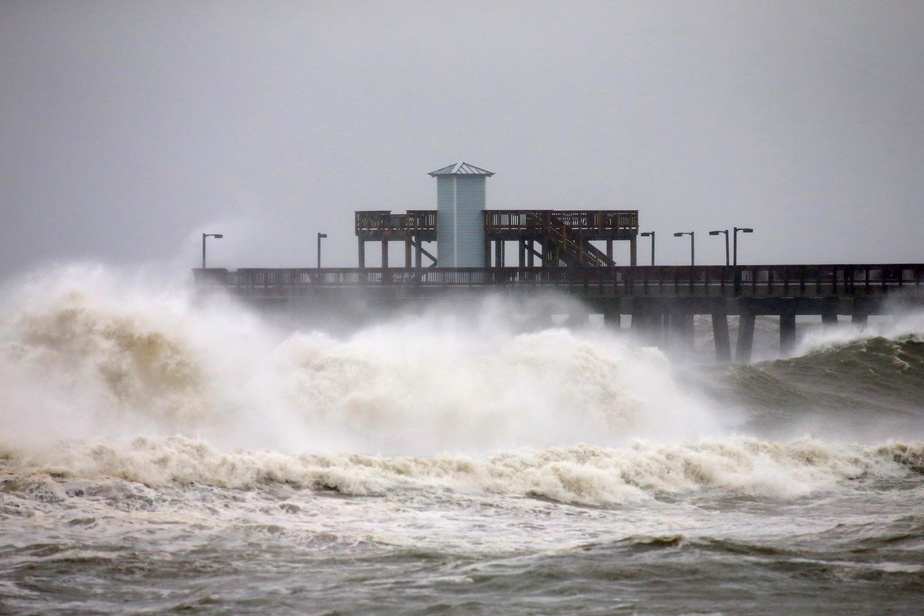 (New Orleans) Hurricane Sally intensified on Wednesday as it approached the coast of the southeastern United States and threatened to cause “historic” and potentially fatal flooding.

President Donald Trump urged residents of Alabama, Louisiana and Mississippi states to be extremely cautious in the face of this “extremely dangerous” climate episode, which he described as “under control”.

According to the latest bulletin from the National Hurricane Center (NHC), Sally, who hauled winches up to 160 km / h, was reinforced in Category 2 on a scale of 5.

The eye of the hurricane was about 100 miles south of Mobile, Alabama – and about the same distance from Pensacola, Florida.

The weather services and authorities continued to urge the population to prepare for the worst.

According to the Weather Channel, about 75,000 homes in Alabama and Florida were without power as of Tuesday night as videos posted on social media showed areas begin to flood.

“Make preparations. Secure your belongings. Check the weather forecast, have a hurricane kit ready and supply it for three or four days, ”advised Andrew Gilich, mayor of the coastal city of Biloxi, Mississippi.

“Historical floods are to be feared with potentially fatal floods,” warned the NHC.

Further west in Louisiana, New Orleans, which was traumatized by the devastating passage of Hurricane Katrina 15 years ago, is one of the areas at risk.

Laura, one of the worst hurricanes to ever hit the region, had plunged its residents into scenes of devastation that are unfortunately now common.

Lake Charles, a town known for its oil refineries, the area’s main economic resource, saw trees and power lines on land, collapsed buildings, torn roofs, roads that were flooded or covered with rubble …

This year there have been so many tropical storms in the Atlantic that the UN that names them has run out of names for the second time in history.

“We have to act for the climate. Now, ”urged Joe Biden, Democratic presidential candidate in November. On Monday, Barack Obama’s former Vice President accused his rival Donald Trump of being a “climate arsonist” for denying the reality of climate change.

The US weather services had predicted that the hurricane season in the Atlantic, which runs from June 1 to November 30, would be extremely “active” with 7 to 11 hurricanes.

The ex-FARC leader admits to “hate” what his organization was

The US military is stepping up its operations in Syria