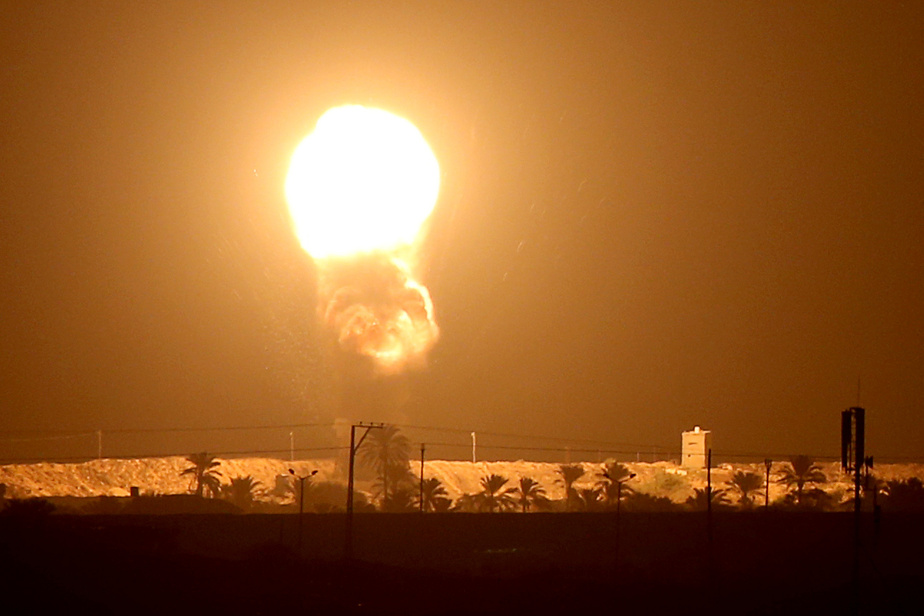 (Gaza) According to Palestinian security sources, the Israeli army bombed locations in the Gaza Strip on Wednesday morning after a rocket fire on the Jewish state.

The first rockets were fired at Israel Tuesday evening on the occasion of the signing of agreements to normalize relations between the Hebrew state and two Arab countries in Washington, followed by a new fire and Israeli retaliatory strikes on Wednesday morning, according to these sources.

On Wednesday morning, before dawn, sirens sounded in a number of Israeli cities on the outskirts of Gaza, a Palestinian enclave of two million people that, according to the Israeli army, is under the control of Hamas and under the Israeli blockade.

According to the IDF, two rockets were fired from Gaza into Israel on Tuesday, one of which was intercepted by the Israeli missile shield.

The second rocket hit the city of Ashdod between Gaza and the metropolis of Tel Aviv, local emergency services announced, which reported at least two minor injuries.

These recordings coincided with the signing ceremony of the agreements normalizing relations between Israel and the United Arab Emirates and Bahrain in the White House.

In Washington, US President Donald Trump spoke of a “new Middle East” and Israeli Prime Minister Benyamin Netanyahu said the agreements could “end the Arab-Israeli conflict”.

But Islamic Jihad, the second armed group in the Gaza Strip after Hamas, said after Tuesday’s shots that these “unfair” agreements would push the “resistance forces” to continue the jihad.

“Without the end of the occupation and respect for the full rights of the Palestinian people, there will be no peace, security or stability for anyone in the region,” said Palestinian Authority President Mahmoud Abbas, who is in power in the Occupied West Bank, area of Gaza separated.

19 | Boris Johnson now wants to be “tough” to save Christmas

Hundreds of arrests during a women’s protest