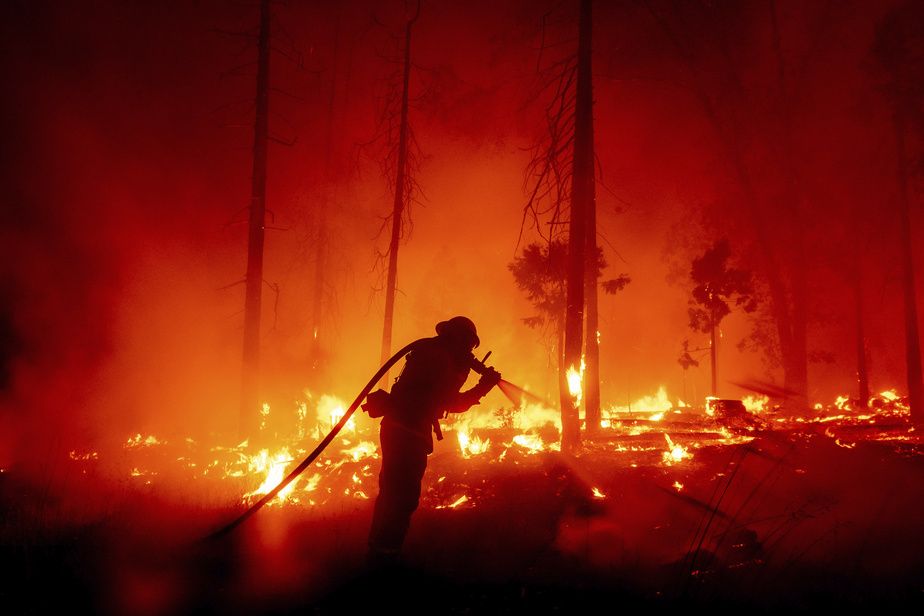 (Paris) The fires ravaging the American West are “ten to a hundred times” more intense than the 15 year average, with particularly thick smoke that has even reached Europe on climate change, according to the European Copernicus service.

Thanks to satellite observations, “we are monitoring the extent of fires and smoke pollution in the United States and beyond,” Mark Parrington, a scientist with the Atmosphere Monitoring Service, said in a statement Wednesday. from Copernicus (CAMS).

These data show that activity in these “unprecedented” fires this year “is ten to one hundred times as intense as the 2003-2019 average across the United States and several states,” the service said.

The particularly thick smoke even traveled to Europe.

Satellite imagery shows that due to atmospheric conditions, the smoke stayed off the Pacific coast of the United States for several days, but has been blowing back towards North America in recent days.

CAMS estimates “the smoke will cross the Atlantic again and reach Northern Europe later in the week like late last week”.

“The fact that these fires are releasing so much pollution into the atmosphere that we can still see thick smoke 8,000 km away shows how devastating they are in both size and duration,” said Mark Parrington.

In total, more than two million hectares of vegetation from the Canadian to the Mexican border have been used since mid-August.

According to scientific consensus, the extraordinary extent of these forest fires is linked to climate change, which is exacerbating the chronic drought and causing extreme weather conditions.

But President Donald Trump has once again sparked controversy by appearing to deny the role of climate change in these extraordinary forest fires.

A demonstration against Lukashenko’s surprise investment dispersed in Minsk

“Alarming” level of transmission in Europe

The Sinai wins back its camel races