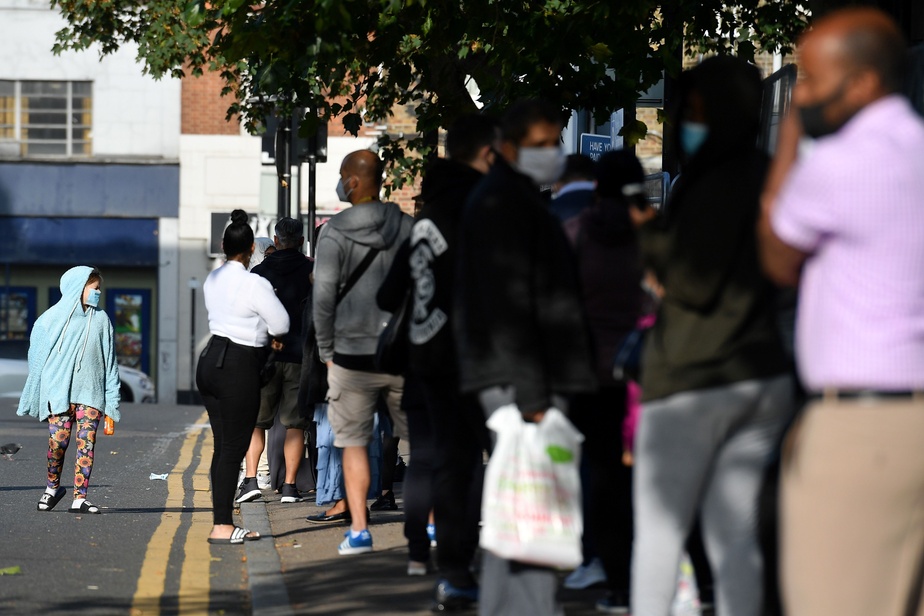 (London) British Prime Minister Boris Johnson said Thursday it was “hard now” to contain a second wave of the new coronavirus compared to a camel’s second “bump” and save Christmas, which the British love.

“The only way to make sure the country can enjoy Christmas is to be tough now,” the conservative leader insisted in an interview with the tabloid The Sun.

“So if we can […] Stopping the camel’s second hump, flatten the second hump. Dromedary or camel? I don’t remember if it’s a dromedary or a camel with two humps. Hmmm. Check out, ”he added.

Using another metaphor in March, Boris Johnson pledged to “smooth out” the sombrero in terms of the shape of the epidemic’s curve during the first wave of COVID-19 disease.

To curb the spread of the virus, he urged the population to respect the ban on meeting more than six people (including children) in England inside and outside. The other nations of the country decide their own hygiene regulations.

He also said he was considering putting a curfew on pubs in England. “These are the things we’re going to look at,” he said.

However, he wants to avoid a new national containment, which would be devastating for an economy already severely weakened by the pandemic. “The point now is that I don’t want to go back to a major containment that is preventing businesses from functioning,” he said.

However, local containment measures, such as banning collecting between outbreaks, have already been put in place to contain outbreaks of the disease, and new restrictions are expected to be announced in northeast England on Thursday, with nearly two million people living in the country.

New contamination has skyrocketed in the UK, exceeding 3,000 daily cases for several days, and approaching 4,000 on Wednesday. The country is the most bereaved in Europe with nearly 41,700 deaths.

Positive cases could be more numerous, however, as many people with symptoms do not have access to tests and the government has come under heavy criticism.

“I’m afraid the system is currently struggling with real demand,” admitted Boris Johnson and again promised to increase the screening capacity to 500,000 daily tests by the end of October.

Take out the boxing gloves

Biden returns to ring the bell, Trump strengthens the rallies