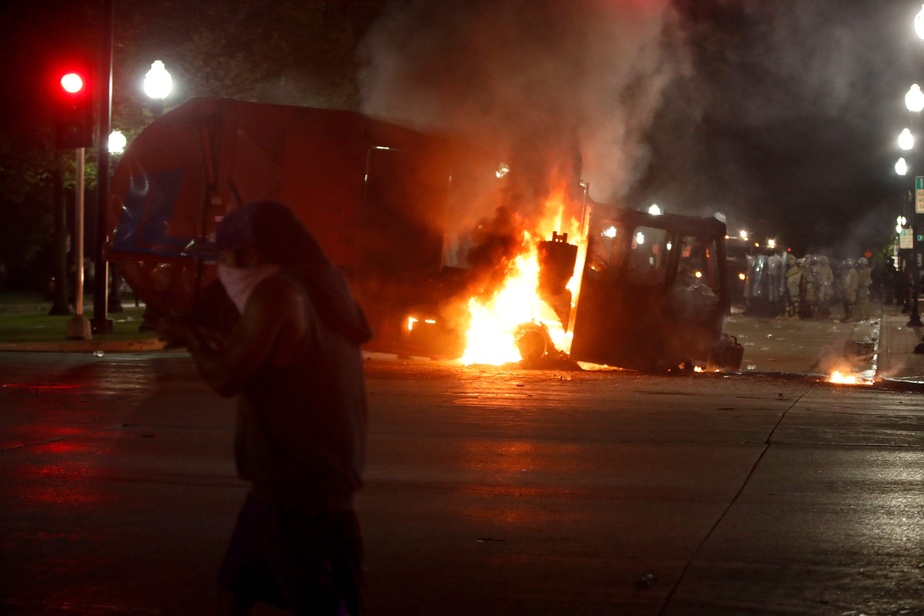 According to anonymous sources quoted by the Wall Street Journal, CNN, and NBC, one of the mainstays of Donald Trump’s administration, Bill Barr, was considering switching over the phone to prosecutors across the country last week.

The United States has known the largest anti-racist mobilization since the civil rights movement of the 1960s since the death of George Floyd, a black forty-year-old who was suffocated by a white police officer on May 25.

The processions were sometimes full of violence and clashes with the police, and Donald Trump, who stood for re-election, made it one of his main campaign themes.

The Republican president has accused the local Democratic authorities of negligence and, if he wins the November 3rd ballot, promises to restore “law and order” to the country.

In his wake, Bill Barr has been campaigning for a strong federal response for weeks, even though most crimes and offenses fall under the jurisdiction of the 50 states.

Around 300 people have already been arrested and charged by federal justice, including arson in federal buildings and assault by federal agents, his spokesman Kerri Kupec assured last week.

However, the Justice Minister is keen to go further and has asked the federal prosecution to consider prosecuting a seldom-used law that punishes acts of rebellion against the government.

This text could be difficult to apply in a country where freedom of expression is guaranteed by the constitution. The latest “sedition” lawsuits against an armed militia in Michigan in 2012 resulted in a sacking.

19 | Madrid tighten the screw for almost a million people

Study answers if people with heart disease can exercise